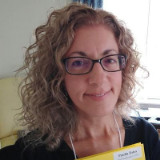 Engraving has long been a way to communicate a message of endearment on a piece of jewelry or other personal item. When used on a bracelet or cuff, it can also a helpful way of identifying the wearer in the event of an emergency, illness, or even death. It can also serve to decorate an award or trophy, and to signify the recipient of the award.

This practice is first known to have been used more than two thousand years ago. Ancient gold rings and other jewelry have been found with markings of letters and other figures. It became the first means of mass producing art and literature. Even as late as the early 20th century, newspapers and books were often printed by engraving. Today, it is still used to print currency.

The way this process works entails cutting a design into a piece of metal, wood, glass, or other hard surface with the use of tools, such as burins, gravers, liners, and other tools used for texturing effects. When metals are used, the burin is pushed or pounded along the surface of the metal to engrave the desired design. Some of the most popular objects for engraving are I.D. bracelets and wedding rings, on which dates or other sentimental thoughts are engraved. Trophies, medals, and awards are also engraved, but usually by machine rather than by hand.

Hand engraving is rare, but it still exists in a few fields: firearms, musical instruments, and jewelry. Laser engraving is usually done by a computer, which dictates the movements of the laser. Since this process does not involve hand tools that wear out, it is more efficient and often more precise than other methods. However, a hand engraving, while not always perfect, is more a piece of art than a laser engraving; it shows the personal touch of the artist and is more meaningful, flaws included.

Paulla is a freelance writer and website editor who currently lives in Maine. Paulla has a B.A. in English Literature from George Mason University and over 15 years of experience as a freelancer. She relishes the flexibility and consistency of working on wiseGEEK articles, as well as the opportunity to constantly learn something new.