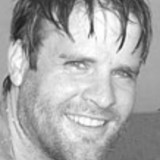 Historically, the derivation of ethanol from sugar is an ancient tradition. The fermentation of sugar can create the same sort of grain alcohol found in most spirits or libations, and consumed by humans for its psychoactive properties. Ethanol is now used for much more than drinking. Since it can be obtained from a wide number of naturally-occurring products besides sugar, ethanol is regarded as a feasible alternative to the world’s dependency on finite, non-renewable fossil fuels.

The process of converting biomass like ethanol may be lengthy and energy-consuming, which has caused some critics to argue that biomass products like ethanol are “energy negative” because they require more energy to produce than is created. Others argue that ethanol is actually “energy positive,” as the byproducts created during some ethanol conversions may be used for other purposes. One example is deriving ethanol from corn, a process in which about 33 percent of unfermented byproduct remains. This byproduct, known as distillers grain, may be used as animal feed. The derivation of ethanol from sugar cane leaves far less byproduct than corn, making it a more efficient source of ethanol energy.

Due to its ability to reduce emissions when replacing, or when combined with, regular gasoline, ethanol may be found as a fuel or fuel additive in many countries, including the United States. The largest influence of ethanol energy use may be found in the motor fuel market of Brazil, where ethanol is derived from the country’s main crop, sugar cane, and the majority of new vehicles are manufactured to run on hydrous ethanol, which is roughly 95 percent ethanol and five percent water. Because the emissions from ethanol are much cleaner, biofuels like those found in Brazil have become much more commonplace in other countries. In the United States, ethanol is found as a fuel additive at most gasoline pumps.

@ Georgesplane- Making the ethanol is the easy part, but if you are going to turn ethanol into biofuel you will need to distill it. This is the hard part in the process of making fuel, and it is illegal in many places. High proof alcohol is as flammable as gasoline, and stills can blow up. If you are planning on making biofuel ethanol at home, be aware of the risks.

@ Istria- Ethanol distillation is not much harder than making your own home brew beer. There are a number of people who do this, and you can find complete walk throughs with a simple search online. All you need is sugar, water, and a certain type of yeast.

Is it true that ethanol gas can be made with simple sugar and yeast? I have heard of people making their own home brew ethanol to use in vehicles.