Though there is no universally-accepted definition for a chest cough, it usually refers to a cough that produces phlegm, or some other sort of mucus. This is in direct contrast to a dry cough, which is generally caused by an irritation around the throat. A chest cough often develops during or after another illness, such as a cold, as the body's way of helping fight and getting rid of the infection. In some cases, a cough of this nature may become a serious problem and require medical attention.

In addition to the major classifications of coughs, some break down chest coughs into two further distinctions. A productive chest cough is one in which the individual is able to cough up the irritating material. A non-productive chest cough takes place when the person can feel the material, and knows that is what is causing the cough, but is unable to expel it. That could further irritate the situation and promote more severe coughing, which in turn can cause greater pain and irritation to the repertory system.

Treatment options for chest coughs are quite extensive, with only a few involving medication. To help break up the phlegm, individuals often take a hot bath or shower. The steam from that activity should help. A vaporizer may be the best choice for those having problems sleeping at night due to cough. There are also a variety of cough syrups, cough drops and pills available for those who want to use them. Medicines labeled as expectorants will usually be more helpful for unproductive coughs.

If you have a chest cough that is persistent and interfering with sleep or other daily activities for more than a few days, you may want to consult your physician for a physical examination. In some cases, a chest cough may be indicative of a much larger problem. If that is the case, only your physician can tell for sure. Often, early detection is key to the chances for a successful treatment. Also, contact your physician immediately if you begin to cough up blood.

In some cases a chest cough may be indicative of an upper respiratory infection, such as whooping cough. These infections are often caused by bacteria and may not get better until an antibiotic treatment begins. Only doctors can prescribe such treatments, which is another reason why consulting a physician within a few days of symptoms beginning is important. Some of these infections can be highly contagious, and coughs are capable of spreading the infection to others in the general area. 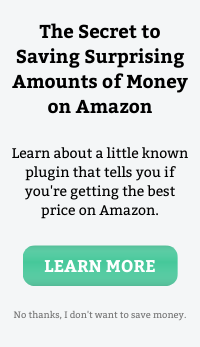